Scripture: The circumcised believers who had come with Peter were astonished that the gift of the Holy Spirit had been poured out even on the Gentiles. Acts 10:45 NIV

Observation: A centurion named Cornelius is told through a vision to go to Joppa and bring Peter back to his home to speak to he and his family. Peter shares the truth of Christ and his sacrifice with Cornelius, his friends and family. They all then believe and receive the Holy Spirit.

Prayer: Father, thank you for providing a way for all men to come to you through Christ. Amen

One Reply to ““Do not call anything impure that God has made clean!”” 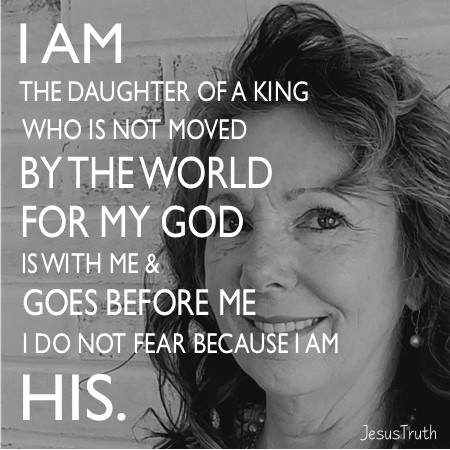 Our blog is written from our life experiences in hope of helping others know and believe there is love, forgiveness, and deliverance found in Jesus Christ. No matter where you have been or where you are headed Jesus provides hope and freedom from the challenges we face living in this world. Through the power of the Holy Ghost we are anointed and gifted to carry out the work of our Lord Jesus Christ has set before us. Jesus has put a song in our heart and a story to tell about His great love and how He wants to free you from spiritual, emotional, and financial bondage put upon you by the world. It is our prayer that our blog will help those searching for answers find them in Jesus.

"Consequently, faith comes from hearing the message, and the message is heard through the Word of Christ." ROMANS 10:17 NIV

And so it was with me, brothers and sisters. When I came to you, I did not come with eloquence or human wisdom as I proclaimed to you the testimony about God. For I resolved to know nothing while I was with you except Jesus Christ and him crucified. I came to you in weakness with great fear and trembling. My message and my preaching were not with wise and persuasive words, but with a demonstration of the Spirit’s power, so that your faith might not rest on human wisdom, but on God’s power. 1 CORINTHIANS 2:1-5 NIV

Who shall separate us from the love of Christ? Shall trouble or hardship or persecution or famine or nakedness or danger or sword? As it is written: “For your sake we face death all day long...we are considered as sheep to be slaughtered.” No, in all these things we are more than conquerors through him who loved us. For I am convinced that neither death nor life, neither angels nor demons, neither the present nor the future, nor any powers, neither height nor depth, nor anything else in all creation, will be able to separate us from the love of God that is in Christ Jesus our Lord. ROMANS 8:35-39 NIV

Follow Instructions For Life According to Jesus Christ on WordPress.com
For the word of God is alive and active. Sharper than any double-edged sword, it penetrates even to dividing soul and spirit, joints and marrow; it judges the thoughts and attitudes of the heart. Hebrew 4:12
%d bloggers like this: